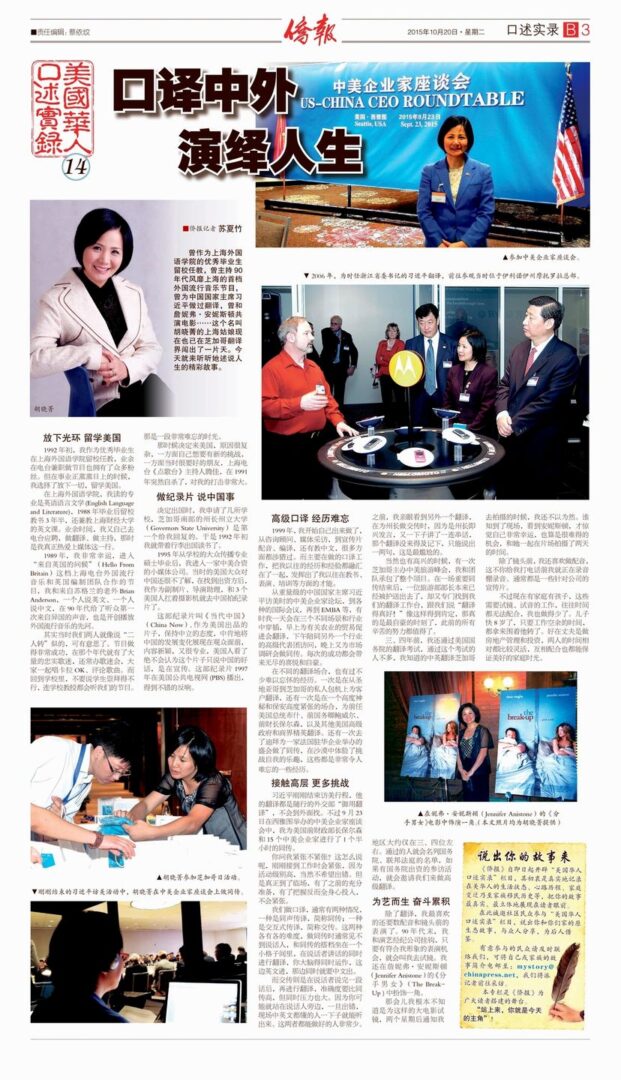 Jane Hu of Hu’s Who Communications is sought after by clients for her skill in facilitating communications between Chinese- and English-speaking audiences. Her bicultural background combined with her extensive knowledge of both English and Chinese languages gives her a unique advantage over her peers.

Throughout her career, Jane has amassed a vast network of contacts and associates across multiple industries, including legal, media, business, research, culture, and language. These can be a great boon to her clients who may need services outside of her field. Referred services are made available upon request.

An Asset in Market Research

Jane has helped multiple clients looking to enter the Chinese market or improve their services in China by assisting them in gathering data. She conducts or interprets interviews, organizes data, and provides insights into modern Chinese culture. She will be a great asset to your project.

Click here for her CV and BIOs in Chinese and English

Contact her today to learn more about her suite of services. She looks forward to working with you.

Reach Out to Her
Scroll To Top